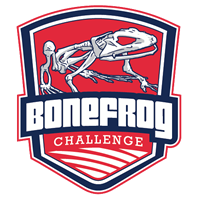 May 16, 2015
This was my second OCR.  I had originally planned on doing the Killington Spartan Sprint in 2014, but real life got in the way, and I could not manage to train so I did not feel up to it. I vowed that 2015 would be different, and so I signed up for the Bonefrog Challenge. I planned on starting 2015 with some hardcore training, but again, real life got in the way and I wasn’t able to train much until March, and then I knew what I was doing was not enough. The closer I got to the event, the more I felt that I had bitten off more than I could chew. 10+ miles, 50 obstacles, 6000’ of elevation change...this felt like it would be too much for me. I kept training as much as I could, however, and even managed two long “runs” of 10.5 and 11.5 miles on the treadmill in the month leading up to the race. I was very slow, but I could do it, and that gave me a little bit of confidence.