From the earliest days of my hobby painting miniatures, I've stuck to an old standard--painting my bases goblin green. Actually, the first thing I did was paint the surface of the base goblin green, and left the rim black (I was following advice given in the 3rd edition of the Warhammer Fantasy Battle rulebook, even though most of the models in the pictures had goblin green rims as well).

After a while I decided to up the complexity and I glued modelling grass onto the base surface--of course, it was a brilliant green, and so looked rather bright. (in the picture it has faded over the years): 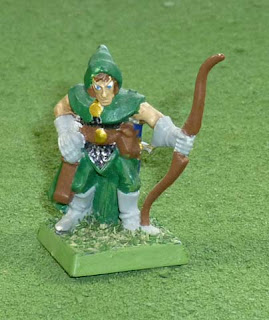 I experimented briefly with modelling flock. The result came out ok, but I wasn't entirely satisfied with it. 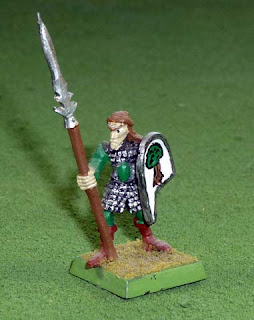 I then tried gluing sand (or even gravel) to my bases and painting it. It took some practice but I got better at it. Here's one of my earlier attempts: 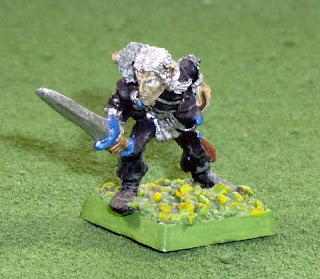 Eventually I settled in with that, gluing sand on the base and painting it entirely in goblin green, then drybrushing the base with Bilious Green (they don't make it anymore, the closest analogue is Scorpion Green) and then a lighter drybrush of Golden Yellow: 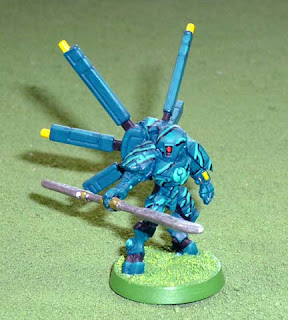 After a long time of that being my standard, I decided that my bases were too bland, so I decided to liven them up a little. Rather than pure grass, I would make it patchy grass, with the occasional rock and some static grass to give it some extra texture: 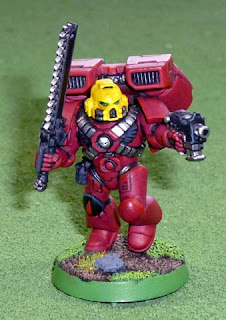 Nowadays the goblin green rims are starting to wear on me, so I've decided to liven things up a little. For a long time GW's minis have been sporting a neutral brown rim, and while at first I didn't like them, they're starting to grow on me. So I decided to do an experiment and see what colors would look good.

Left to right the rims are: Calthan Brown, Graveyard Earth, Khemri Brown, and the original Goblin Green. Opinions? This next picture shows they'll actually look like on the gaming table:

The Inverse Law of Arguments Mattering 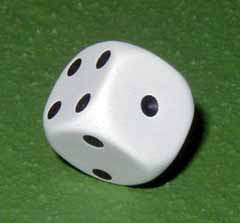 A certain situation has happened again and again in my gaming experience. One player interprets a rule one way ("He gets a 5+ save!"), while the other player interprets it another way ("No, he gets a 2+ save!"). The more these two players argue and make an issue over it, the more likely the eventual die roll will make both interpretations irrelevant. (the actual die roll in the example above will almost certainly be a 1 or a 6. As the discussion gets longer and more heated, the probability of this occurring approaches 1)

More succinctly, the more you argue over a particular rules interpretation or how to handle a given situation, the less it will matter because the point will end up being moot.

This is known as "The Inverse Law of Arguments Mattering", or the "Law of Your Pants".

It is described by the equation:

A corollary to this is that the more effort you exert in winning the argument, the less of an impact your little victory will have on the game. (For example: You argue vociferously that your character gets a cover save against that meltagun, only to have him killed 2 seconds later by a laspistol shot from the same attacking unit)
5 comments: 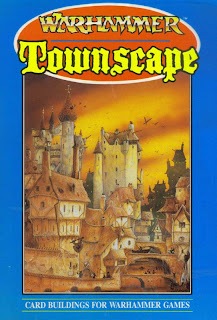 Twenty-one years ago, back in 1988, GW released "Warhammer Townscape", a collection of thirty-nine card buildings. They were pretty simple, but of decent quality, especially for the day. Back then I assembled some of the simpler buildings, as I didn't want to tackle the more complicated ones. Some of my creations did not survive the years, but many of them did. 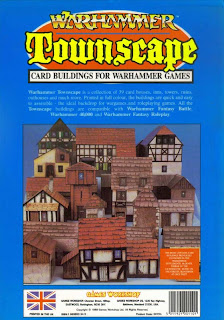 Just recently (as in, last week), I decided to tackle the rest of the buildings and construct them. They're just card buildings, so I didn't treat them with the utmost loving care, but assembled them using mostly Scotch tape and some white glue for reinforcement.

Now I've amassed quite a little town. But it's not limited to Warhammer Fantasy--these can be used in Lord of the Rings games as well as Warhammer 40k, representing a town on a low-tech Imperial world.

In fact, that's where you're going to see them first, in a battle report that will be appearing at some point in the future...

This guy is the MAN. 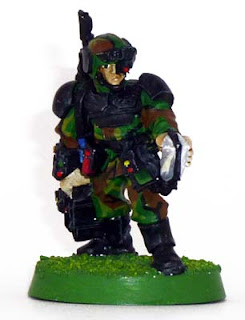 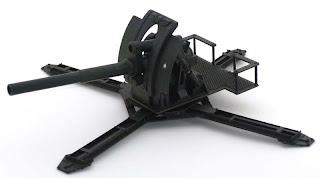 Almost a decade ago I was working on a large scenery piece for a battle I wanted to do, taking place in the frigid wastes of Arcadia Prime's south polar region. You can see the battle report of it here: The Attack on Comm Relay South. Part of the scenery was to be an Imperial base covered in snow. One of the major weapons at this base was to be an Earthshaker platform. Not needing an entire Basilisk kit, I just purchased the Earthshaker sprue, not getting the chimera chassis.

I had the small battle, and all too soon changing priorities and battle ideas relegated the Earthshaker to the bitz box. I'd always intended to build a platform for it and bring it back to the battlefield as an emplacement, but had never gotten around to it. No more! I grabbed my pile of plasticard and whipped up a quick platorm. The Earthshaker does not have a crew as yet to operate it, but that's just a technicality.

Either way, I will be fielding it for an upcoming battle, ready to dish out some hurt to the enemies of the Imperium.
5 comments: