Where the heck have I been?

I've been out of the blogging loop for several months, but not without good reason. Earlier in the year my family had some health problems, and while we've gotten past them, it took up a lot of my time.

Second, and this is good news, I got to welcome my son into the world on July 5. 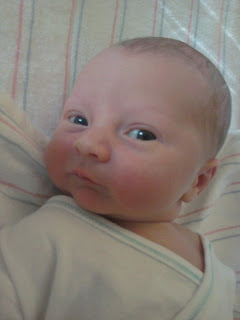 Both Mom and baby are doing great.

Since I now have two children... 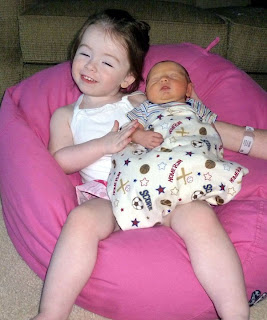 ...finding time to paint miniatures is even harder to come by.

Coupled with that, most of my free time over the past several months has been spent writing. Last year I discovered that Black Library accepts open submissions for novels and short stories, but only during a window from May 1 to July 31. See their FAQ. Anyway, I've had a bunch of ideas about 40k stories (who hasn't?), and decided to give it a try. So I've submitted proposals for two novels and one short story. If one of them is accepted, I'll hear in the next two months. If not, I won't hear anything at all. I have few illusions that one of my submissions will be accepted, but the fastest way to get rejected is not to submit anything at all. So here's hoping that the powers that be at Black Library like what I wrote...

Perhaps during the waiting period I can get back into painting. Sitting idle while waiting would be a mistake... As for actually gaming and fighting any battles...that's even harder.

My usual gaming opponent and good friend of mine, Jack Badelaire, has also been busy this year writing as well. Although he's a fan of Black Library's novels, he's going independent. Jack is very much into post-modern pulp fiction--that is, men's action/adventure novels, running the gamut from WWII commando stories to 70s and 80s pulp thrillers (check out his blog for more details). He's recently published the first issue of an e-journal called Hatchet Force Journal

, which includes many articles on the subject including an interview with a prominent author in the field. It's a mere $0.99, so check it out.

Jack's also working on a pair of novels--one is a modern revenge thriller, the second is the first in a series of WWII novels based on British Commando raids in Europe. Both of these should be released on Amazon.com in the next few months.


* * *
Despite all these things taking up my time, I have a bunch of miniatures queued up on a shelf. Every time I walk past them I feel guilty. Sooner or later I'll find a few hours of free time, and I'll start painting. Someday I might even be able to get back into gaming...
5 comments: