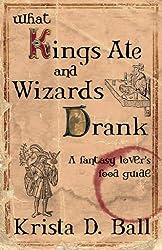 I picked up What Kings Ate and Wizards Drank: A Fantasy Lover's Food Guide

by Krista D. Ball after seeing it mentioned on David Gaughran's inestimable writing blog, Let's Get Visible.  I respect David's opinion regarding anything to do with writing, and it seemed like a perfect research material for a fantasy writer, so I snapped it up.

The Grand Masquerade is now available in Paperback!

The Grand Masquerade is now available in Paperback! 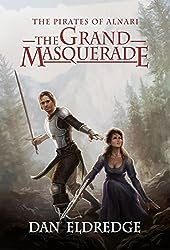 The pirate city of Alnari burns, a victim of its own success. In the aftermath, the pirates thirst for revenge, the rival nations Isalus and Vaskuen grow ever more antagonistic, and the downtrodden nation of Hesborea is eager to play all sides against the middle.

The two young nobles Arycke and Martyn, survivors of the punitive raid on Alnari, attempt to settle in the city of Vinyalas, quietly attending the university while enjoying the exotic culture. But the threat of war throws their plans into chaos, as Duke Karleo of Alene conspires with his fellow Hesborean nobles to take advantage of the rising tensions to strengthen Hesborea’s position and exact revenge on his enemies.

Arycke and the noblewoman Starissa are sent on a diplomatic mission to Hesborea only to get more than they bargained for. Back in Vinyalas, Martyn is welcomed into the home of his new mentor, but when danger arrives on their doorstep, he must risk everything to protect his adopted family from the coming storm.

The ebook is available from:

The Paperback version is available from:
Amazon