Well, I finally broke, and am posting something that's going to give away lots of information. 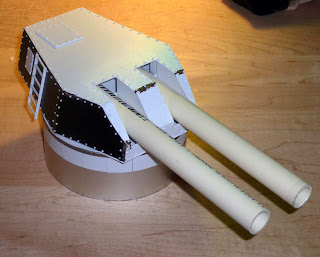 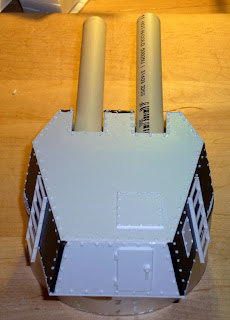 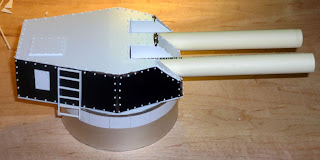 And finally, this last shot gives a clue as to what army this might belong to: 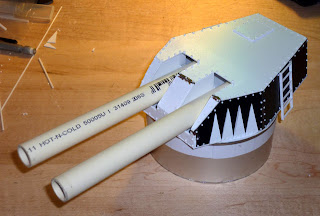 Another part showing some of the complexity--this mechanism won't be visible on the completed model, but it shows some of what will end up being moving parts. 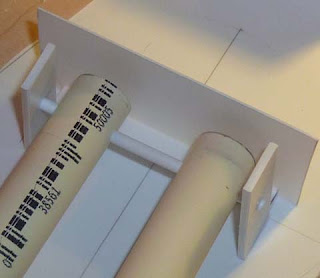 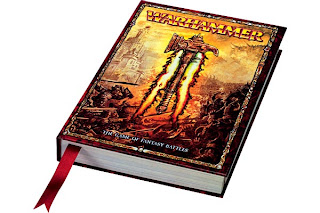 As I mentioned in a previous post, with the imminent release of the 8th edition of Warhammer, I'm tempted to get back into the fantasy side of things.

Well, it looks like I'm going to break down and get back into it. Fear not, this does not mean the end of either Arcadia Prime or my interest in the 40k side of things.

Just thinking about it I have plenty of ideas for posts. Thoughts on the game and how I originally got into it, pictures of my various armies (old and new), progress as I choose/work on new armies, and battle reports (my original raison d'etre) as they happen.

But I'm struggling as to what to name it.

This blog "Arcadia Prime" is named after the planet where my original Imperial Guard regiment was formed, and as the fleet base of my Battlefleet Gothic fleet (er...rather it should be called Battlefleet Arcadia).  For the purposes of the 40k campaigns I've played, my gamer friends and I assume that they take place in the Arcadia Sector.

But what to call a fantasy blog?  I think it would be cool to have a title that ties it to my 40k blog, but that's not required.  It's easy to come up with a name for something related to 40k.  It's a big galaxy, far too big to define in detail, so all you have to do is carve out a portion of it and call it your own.  Not so easy in the Warhammer World, since it's just a planet, with locales already defined.  Since many of the races are rooted in their various nations. (e.g., High Elves are on Ulthuan, Bretonnians are in Bretonnia, Lizardmen are in Lustria, and so on)  So it's hard to pick a little niche in the Old World and say "here is where all those races are going to get together and duke it out.

At the same time, this blog isn't going to be about a single race.  In my time I've played any number of races, and I'm going to bully Badelaire to do some posts about his army as well, so this won't be restricted by an individual race.

So I think I should avoid a title that's tied to a location or a specific army and keep it more abstract (or at least, more general).

Also, I don't want to keep it so generic as to be "Darkwing's Warhammer Blog".  Lame.

While the 40k Universe is very dark, with a gothic style to it.  So is the Warhammer World, and I want to capture that somewhat in the title.

Badelaire and I bandied a few ideas around yesterday--here's a few of what I can remember, plus others that I thought of since then.

Thinking about my neverending battle against the tides of unpainted miniatures, and considering the sense of impending doom associated with the Warhammer World, I came up with...
Stemming the tide of Darkness
Abandon All Hope of ever finishing painting all my miniatures.
The Last Stand
Delaying the Inevitable
Impending Doom


And another random idea:

Fields of Death  (too morbid?)


Any opinions?  Anyone else have any ideas?
2 comments:

Here's a zoom-in of part of the model...showing a couple of in-progress structures that have some kind of function or another... 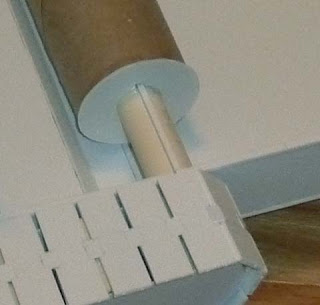 Here's a new part I'm working on. Here's a hint, which may or may not help. There will be two of them. 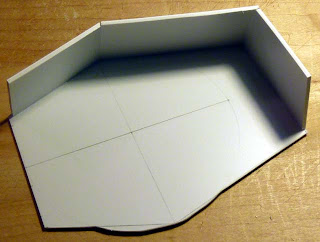 Warhammer 8th edition is coming out soon (not that this is news to anyone). It's been a long time since I played it, as the 40k side of things has dominated my gaming for a long time now.  I originally played High Elves and have since played Bretonnians.  Due to getting various boxed sets, I've been amassing quite an Empire force as well, which has so far lay untouched and unpainted.  And I've been eyeing Wood Elves for a while now.  I still have tons of miniatures lying around, waiting to be painted.  Maybe this is just the thing to get me into it again.  (so many games, so little time...)

Warhammer Fantasy Battle, 3rd Edition, was the first GW book I ever bought.  Here's a picture of it below--my copy, not a stock photo.  It has weathered the 23 years rather well.  The binding is start to come apart, but other than that it's in remarkably good shape, considering its age and the amount of use it got. 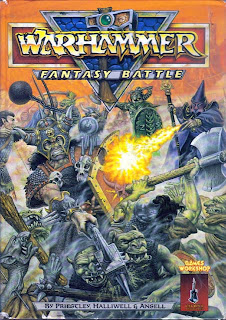 Some thoughts on the price.  At $74.25 it's not cheap.  On the other hand, I bought the 3rd Edition rulebook in 1987 for $34.95.  Don't ask me how I remember that.  I just do.  It is a 278 page hardcover, not full color but with lots of color pages in it.  I still have it after more than two decades, and I'll still flip through it occasionally to look at the art inside, and just to remember how "things were" back in the old days.  I haven't once regretted spending the money, and this was when I was in the 8th grade.  And yes, I used my own money earned from a job, not by begging my parents for it.  Now the new book is $74.25, just over twice the price (2.12 times).  It's also 528 pages, just under twice the size (1.9 times).  It's also full color, and although I haven't seen it, I can imagine the production values are probably much better.  The price difference being largely offset by the bigger size, it comes to only about a 12% increase in net cost.  Considering inflation over 23 years is a lot more than that (about 92% according to my calculations1), I'd say that this book is a steal.  So for those who are complaining that the new book is overpriced...well, guess what, it's not.

I'm very tempted to pick up the new book. Will I have the chance to play Warhammer very much, if at all? Probably not. And it's hard to justify spending $75 for nostalgia's sake. On the other hand, it just might get me back into playing Warhammer...  But considering the calculations I just did above, I might have convinced myself that it's more than worth it.

Getting away from the tracks, I figured I'd focus on another aspect of the project.  Playing the StarCraft II Betahas pulled me away from working on this for a while, but now that the beta's over I have some time to work on it again.  The next thing that threatens to slow me down is running out of plasticard...I need to replenish my supply soon. 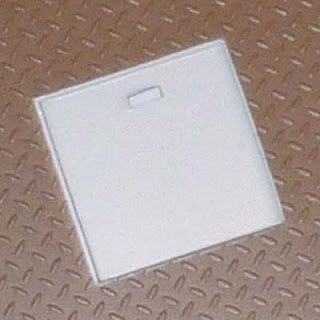 It should be obvious what these are now. But what are they for? 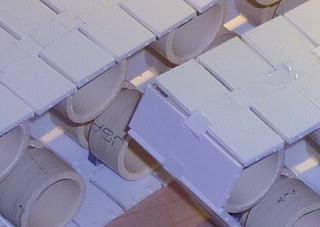 Here's another picture. This one might give a better clue as to what's going on. 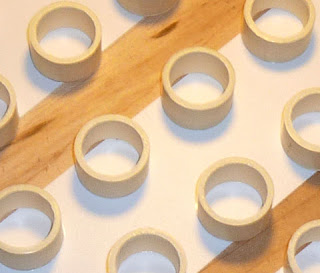 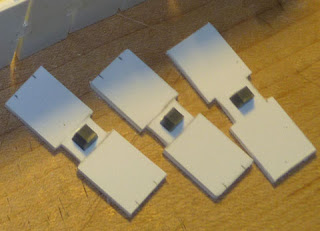 Next up was making 136 of these things. Talk about tedious.
5 comments: 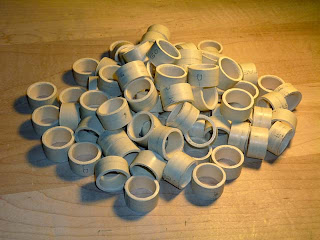